How Will We Know When She Is Dead? someday... 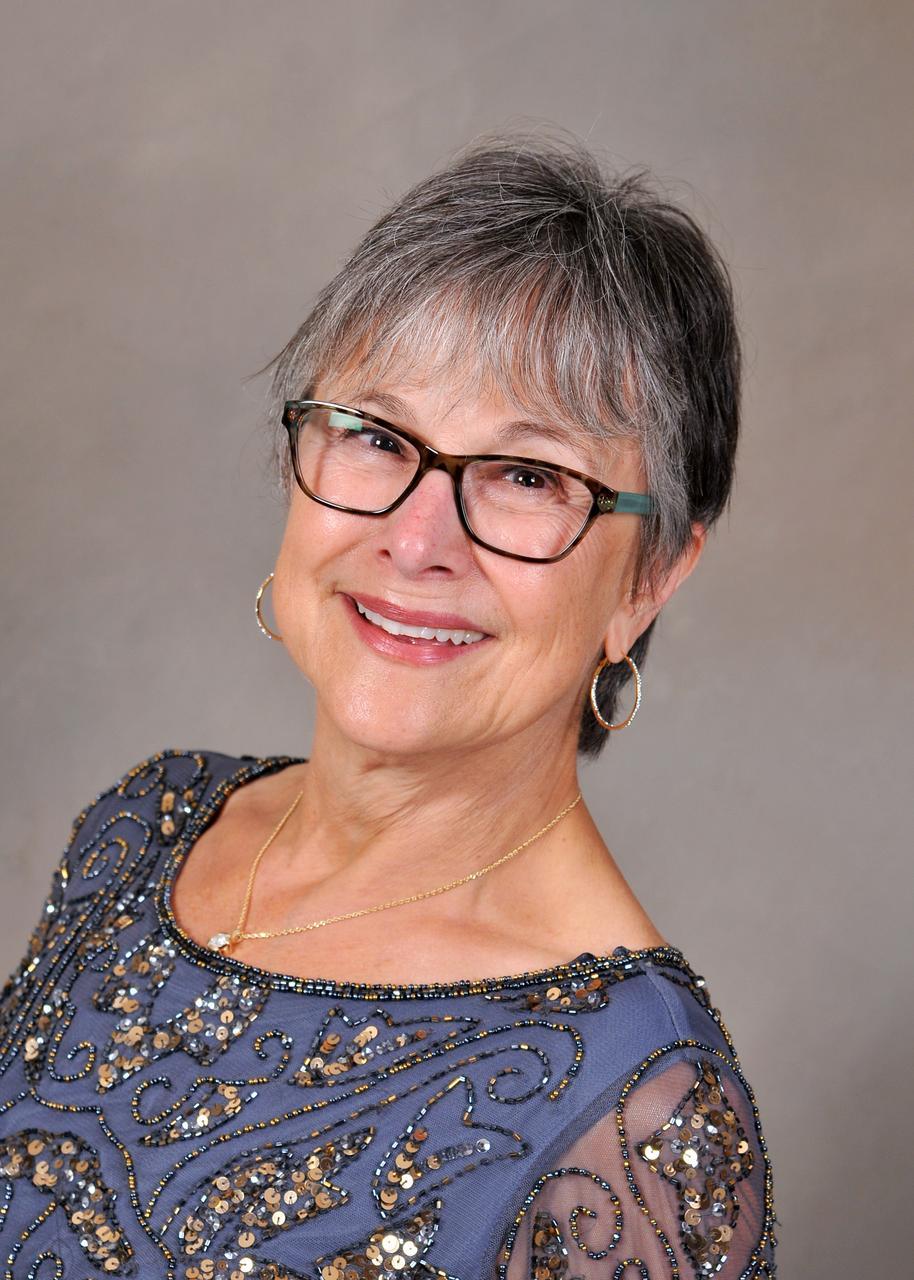 This is the story of a dying memoir, and how my sister died twice.

Judith and I sat in my sister's sunny garden outside San Francisco. She was so proud of that small garden. She loved to get her hands into the soil, weeding and pulling out not-so-small rocks, even when twisted with back pain, and when the cancer had stolen her strength.

Her cats sat behind the back door staring at us through the glass. Judy could get frantic if they escaped. So we were vigilant as we sat at her metal café table with our coffee.

We were on about our millionth conversation trying to make sense of our unstable and often vicious mother. Judy said, "It's fascinating how we remember some of the same things but so differently." She'd been reading my stories and said, "Wouldn't it be interesting to weave these together? Interesting how memories and meaning can be so different for sisters? I would love for you," she said, "to put our stories together and get them published."

She said that. You'll have to take my word for it, because she said it in her sunny garden, not in an email, and not in her will. Our older memories were sometimes muddled, and sometimes we swapped memories: she thought things I remembered as happening to me had actually happened to her, not me. But of that day in her garden, my memory is absolutely clear.

My sister was suffering from metastatic breast cancer. Again. She'd fought it off like a damn drunken wildly-enraged prizefighter about 10 years earlier when she was given two years to live. This time cancer was winning the battle.

She hated talking about her inevitable death except when she'd call me crying late at night in grief and fear. Why did this have to happen to her, she wailed. Why did our dad get to live into his 90s and she doesn't?  The injustice of it, the unfairness of it, that's what tormented her. In the pit of despair she'd say, "I can't do this anymore." The pain from her trigeminal nerve was incapacitating, her dentist had unnecessarily pulled several teeth, attributing the pain to those teeth. Now smoking weed gave her some relief, but only sometimes.

The first time around she got something from the Hemlock Society which she told me she would use "when it's time to off myself." She asked her oncologist to at least hint at the hopelessness that would signal her to take her life.

This time was different. She didn't want to die. She didn't want to believe she was dying. She probably didn't believe it, even deep down where the cancer was eating away at her. "I'm not going to fucking croak," she'd say, belligerent if I tried to raise the topic. "I fought it before when no one said I would live and I will do it again."

I, the older sister, played along with her fantasy, her dying wish, that she wasn't going to die. I was too much of a coward to say, Come on, Judy, I love you and we have to face the reality of what's happening…

Just like with our mother, I was the one who avoided conflict by pretending to believe someone else's fictional reality. Judy and I had hour-long phone calls nearly every night where I tried to console her, to reassure her, to bring her back from the brink.

What she did say was that she wanted me to put our memoirs together and publish it. She told our dad and her closest friend the same thing.

Because she wasn't prepared to die, she didn't, couldn't prepare her kids, our father, or me. And she didn't memorialize, in writing, her wish that I would merge our memoirs and publish a book.

My sister had a manic writing marathon during her first battle with cancer. Her daughters were young and she wanted them to know how much she loved them. She also wanted to know why she got cancer. She wanted to write about her marriage, her divorce, and the boyfriends she had before and after. She wrote about her anorexia and her desperate attempts to win our mother's love.

Once it was clear that she would live, she began to try to publish her writing. She tried for a couple of years and then gave up. She was told by agents and publishers "No one wants to read another Cancer Story, there are too many already." She was told, "This book is too angry, and there's no resolution." She wanted to publish her writing, did some editing and softening and still couldn't publish it. She decided to go back to the law and focus on living, not dying.

When I started writing, when her cancer came back, she devoured every chapter as soon as I sent it to her. Our phone calls began to focus on our memories and our writing. Then, one day, in her sunny garden, she said, "I would love for you to put our writing together and get it published." I thought, "Now this is something I can do for her. This is a legacy I can help her with." So I said yes, I would do it. I loved the idea and I would do it. For her.

The combined memoir is a love story and it is a search for meaning in life and in death. Yes, it is about our crazy mother, but it's also about the plasticity of memory and the love of two sisters. It is about our mother who died but didn't really die when we were still trying to unravel her mysteries 15 years later. It is about my sister's dying and how her writing keeps her voice vibrant and alive.

A year after she died, I started work on the memoir, "How Will We Know if She Is Dead?" Beta readers loved it. I sent it to her daughters and one of them texted me to say that she could hear her mother's voice as she read it. A designer took an old photo of Judy and me and made a beautiful and evocative cover for it. It was edited by an experienced acquisitions editor and, eventually, I had a contract with a publisher.

And then my sister's failure to prepare her family for her death, to document her wishes for the memoir, well, her hope of publication turned into a nightmare.

This is how families are torn apart.

It started with a long letter from a lawyer, a litigator, with accusations and demands. I mean, it started there, with lawyers. It didn't start with a phone call, a cup of tea and a conversation. It didn't start with a request or a question. They asked for nothing: not money, not revisions, no discussions. They just went to lawyers without a word to me. And when I suggested to my sister's dsughters in an email that we step back and talk, I got another letter from the litigator. There was no negotiation. Judy had given her writing to me, but her failure to document meant that legally her writing belonged to her daughters. It was their inherited intellectual property. That's the law. The law is on their side.

So the memoir, completed and ready for publication, will not be published. Judy's voice has been extinguished. My sister is dying a second time.

I was shattered. I will never understand why she didn't document her wishes. I assume she thought that unnecessary. I will never know why her daughters chose the path they took. Why did they turn to lawyers when a conversation could have resolved their concerns. Why did my sister's children, whom I love, with whom I've celebrated decades of holidays and birthdays with my own children turn against me? Why wasn't our relationship strong enough to weather this together?

This is how families are ripped apart. Some families have splits and cut-offs that last for generations. I never thought it could happen in our family. It is a tragedy. It is another death. It was not an AFGO–"Another Effing Growth Opportunity"!

Now I know that wounds close up and perhaps heal. There may be scars. But the love for my sister never fades and her voice lives on inside me. My family is still whole in my heart.

As I drift off to sleep, I can still find comfort from the turmoil and troubles by seeing myself with my sister in our shared secret Magic Gum Factory. 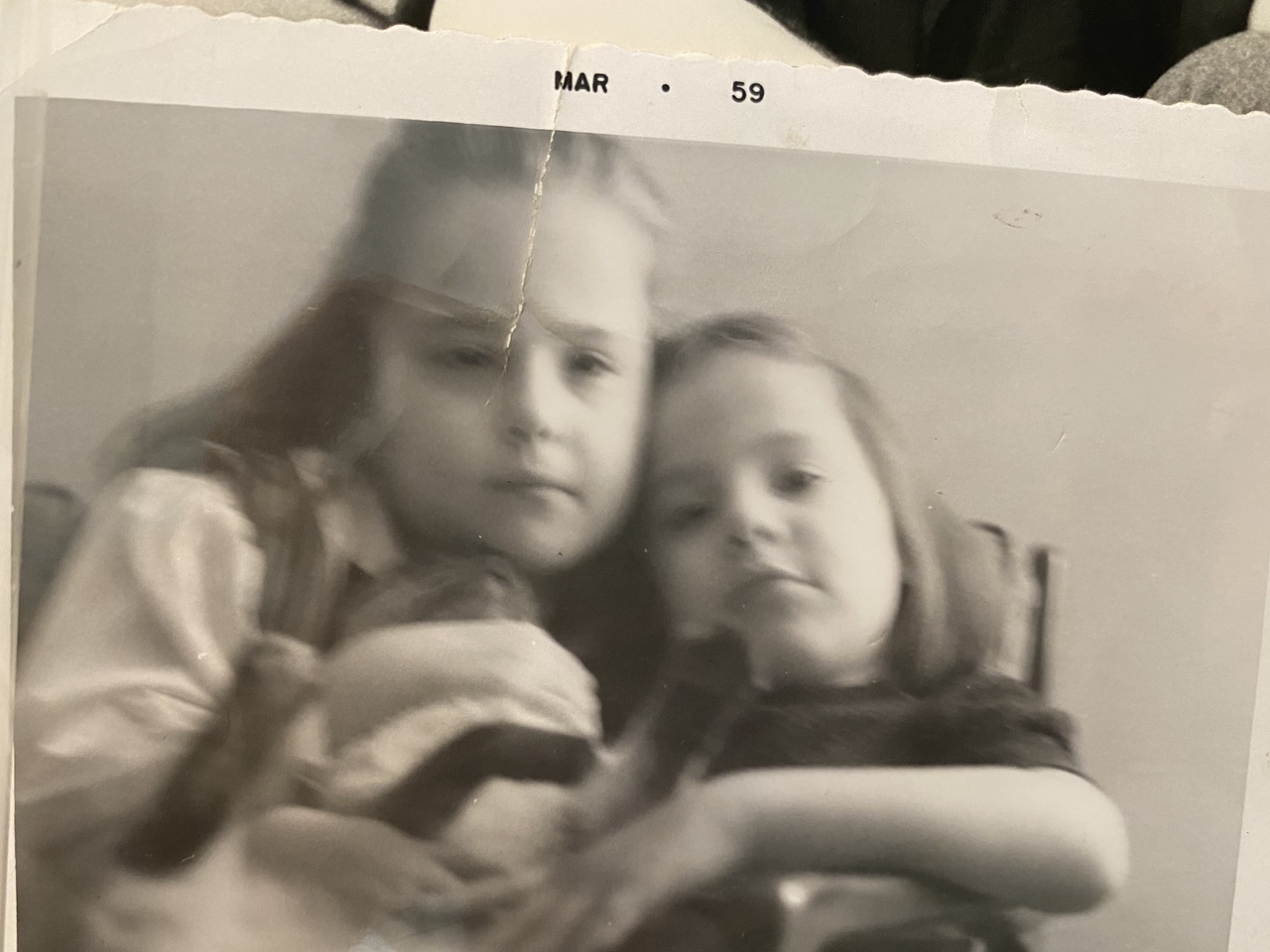 We stopped fighting over who got to hold the cat just long enough for Sander to snap this photo. I was 8, Judy was 7.

How Will We Know When She Is Dead? is my memoir of two sisters:  my sister Judy Gold, who began writing when she was diagnosed with breast cancer that against all odds went into remission for ten years, and my own writing later when her cancer returned. It's the story of our lives, our profound bond, and our survival. We grew up in the emotional hurricanes of the same crazy family, triumphed in adulthood, and finally reckoned with death.  read more...

I am a published author and a clinical psychologist specializing in divorce-related issues. My book, The Parent's Guide to Birdnesting, was published by Simon & Schuster in September 2020. I write regularly for Psychology Today and am active on social media.

How Will We Know When She is Dead?

The tangled tale of two very different sisters who bonded together to survive a crazy family,

to triumph in adulthood, and finally to reckon with death

The Parent's Guide to Birdnesting: A Child-Centered Solution to Co-Parenting During Separation and Divorce

Take coparenting to the next level and provide a stable environment for your children as you and your spouse begin tackling your separation or divorce.

A Child-Centered Solution to Co-Parenting During Separation and Divorce

Thriving during and after your breakup.